We Need to Think More Critically

This a post that could appear biased in favour of the left in British politics, but I assure you I would say the same thing were it the other way around.

What we've been seeing on the front covers of newspapers in the run-up to the election, such as The Sun on the 9th Dec, is exemplary of how our media doesn't seem to be performing its role as part of British democracy. The role of the media in democracies is to inform citizens in order to hold politicians to account for their actions, especially during any kind of vote. Despite knowing this, our major newspapers seem to biasedly report in favour of far-right politics, even to the point of being anti-democratic. This was blatantly obvious when Gina Miller brought her case to the high court and the Supreme Court of Justice decided to force the Conservative government to seek parliamentary confirmation on any Brexit deal. Whether you agree with Brexit or not, our high court and MP's play a crucial role in maintaining our democracy. Newspapers railing against them for doing their job appears to be an abuse of their power in my opinion.

In light of today’s election, please, we need to start thinking more critically about the information we receive whether it complements our views or not. Our country will be doomed if this doesn’t start happening soon. This goes for what we see in newspapers, magazines, TV, online and even what we hear in the pub because it's not all true.

Check out my article on tactical voting if you're not sure whom to vote for. 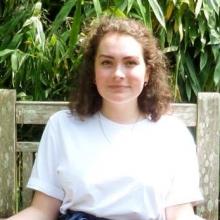