The View from Somerset

Somerset is in most respects a predictable county politically. The affluent, predominately white and Leave voting region; home to Conservative heavyweights such as Liam Fox and Jacob Rees-Mogg, consistently and overwhelming votes in favour of the Tory party. Indeed, at the last election in eight of Somerset’s nine constituencies over 50% of people voted Conservative.

Yet the region’s staunch political habits are bucked by its younger population. This makes Somerset an interesting example of a wider trend, one of youth politics confounding geographical and class-based tendencies. As is often repeated in analyses of Brexit and this year’s election, the generational divide in British politics has hardly been starker and this split is mimicked at a local level in even this bluest of blue counties.

Despite the all-important influence of family on political predilections, research in Somerset by Warwick University’s Youth and Brexit research team indicates that young people in the region support remaining in the European Union by an even higher proportion (86%) than the national average for their peers (75%). Similarly support for Jeremy Corbyn’s Labour is near equal to that of the national average for 18 – 24-year-olds. 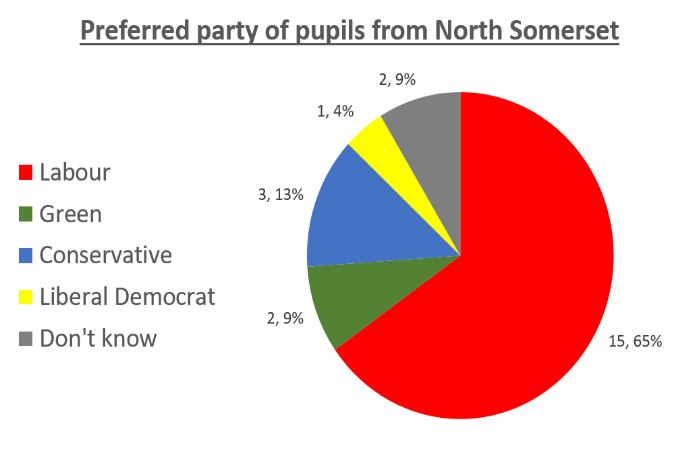 So what factors can explain why young people from Somerset support a political party with so little traction in their county and hold a position on the European Union so divergent from that of their elders?

The simple answer is that like most young people across Britain, the inconsistencies and intolerance of the Leave campaign, combined with the consequences of Brexit have challenged the open and tolerant values they grew up surrounded by. That the Brexit mantle has since been appropriated by the Conservative Party has resulted in young people in Somerset resolutely rejecting the political preferences of their parents.

Throughout the summer my colleagues and I in the Youth and Brexit team have been conducting interviews and group surveys with young people. In Somerset I have been speaking to sixth formers and gaining an insight into their attitude towards contemporary politics and the ways they feel it has changed since last year’s Brexit vote.

In close to all the conversations I’ve had young people felt varying degrees of alarm and justifiable anger at the ways in which certain political campaigns of late, as they see it, have alienated them and fired sentiments among others on issues that have little personal resonance.

These 16 and 17-year-olds, while far from enamoured with the European Union recognised its important role in trade and making Britain an open, liberal nation - an ambition that they regard as missing from the current government’s agenda. There was near universal consensus that Britain was better served remaining and reforming the EU from within, with one lamenting, ‘if we just had a chance it would be so much different.’

The young people I spoke are Blair’s babies, accustomed to a Britain that has only ever displayed varying degrees of centrism. Above all, immigration is a topic that they understand to be controversial but one with little personal significance. During the discussions I was involved in, the anger immigration roused stemmed from the shame of Britain becoming a nation renowned for its exclusive and selfish politics. Multiple students guiltily compared Britain and Germany’s migration policies in recent years.

On immigration sixth-formers feared that since Brexit the UK was becoming a more inhospitable place for migrants. A change they felt deeply uncomfortable with and one which endangered NHS’s services as well as the national economy. These were the real challenges that they associated with immigration and more rather than less openness was their preferred solution. 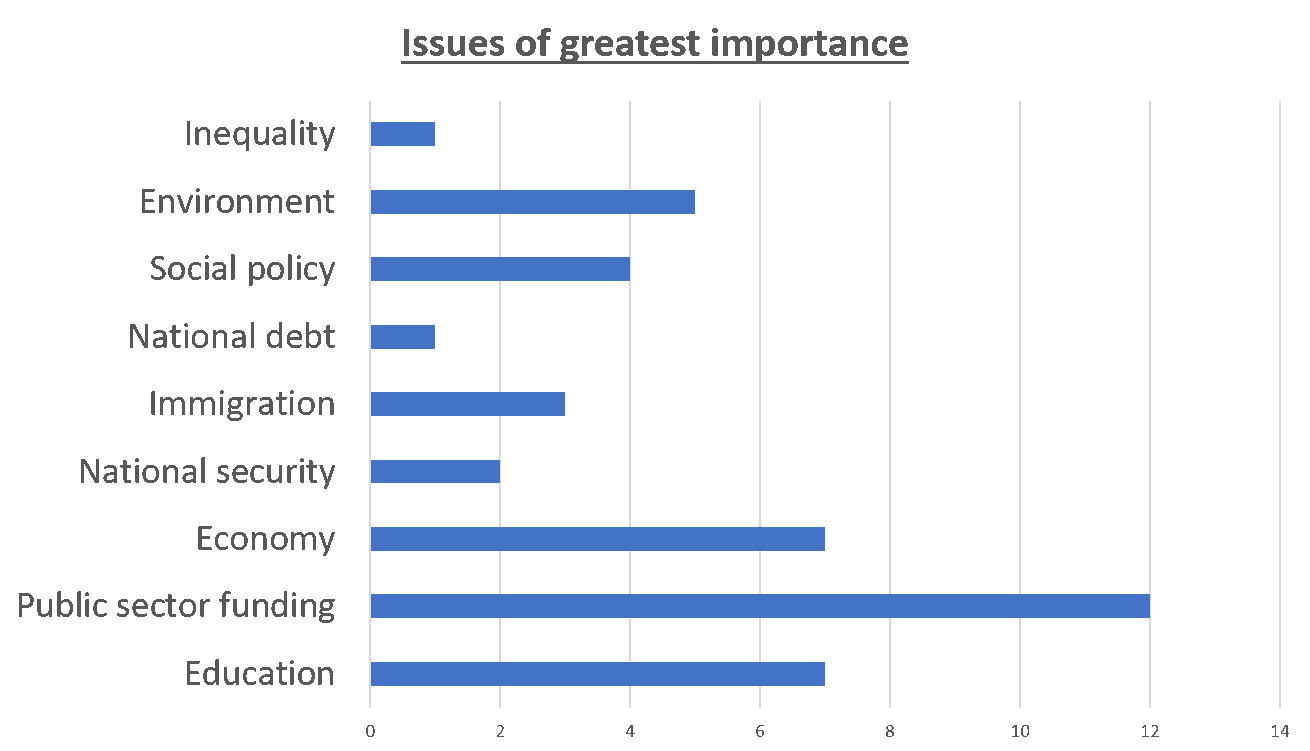 In contrast, the European Union is seen by young people in Somerset as a body that furthers ‘interaction with other countries’ and promotes conflict resolution between states. Complaints were raised about levels of bureaucracy the European Union encouraged but the drawbacks of this were almost unanimously seen as outweighed by the benefits of membership. 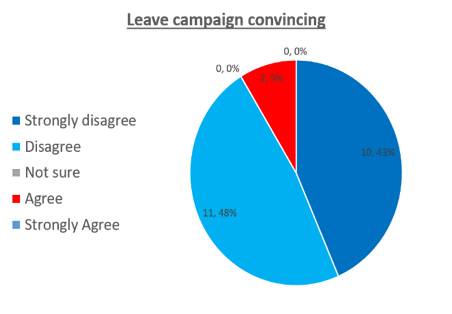 The attitude of young people from Somerset towards the European Union was, in my opinion remarkably similar to that of the since defeated establishment last year. Their anger was directed towards a Leave campaign that they described as ‘nasty’, ‘dirty' and ‘manipulative’. The sense of anger Brexit inspired among these young people at the ‘propagandistic’ campaign was unescapable. None of the sixth-formers I met were willing to defend it. Many noted Leave’s efficacy but this appreciation was always predicated on the basis that these successes were personally repellent and furthermore fundamentally unfair - ‘they had all of the benefits of being in the European Union and they’re going to take it away from us’.

Given sixth-formers from Somerset’s near universal agreement that remaining in the European Union was better for Britain economically and socially, the level of support for Jeremy Corbyn can still appear surprising. When pressed on the practical political implications of his potential premiership, I received a muted response. Instead their comments focused on his honesty and genuine nature – a defence few would argue is particularly distinct. 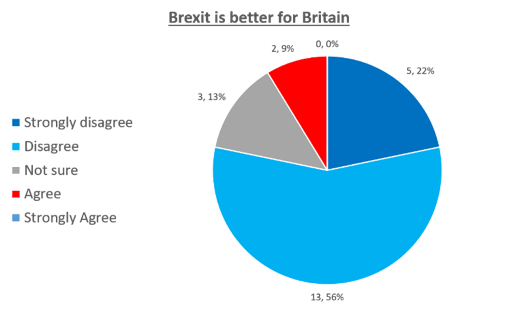 Connecting the dots between the open, liberal vision of Britain sixth-formers espoused when discussing the European Union and the genuinely heartfelt respect they had for Corbyn is the political enigma that continues to confound pundits. How a politician pupils admired for being ‘someone who would get on public transport’ could in turn receive their support when earlier discussions had seemingly suggested an existential crisis of political identity remains remarkable. It’s a subject incessantly discussed by the media and one where still very few convincing cases are made.

I have no intention of solving this complex political predicament. I can however attempt to reflect on the impact conversations with student from Somerset has had upon me.

It’s quickly apparent in any open conversation about politics with young people that the genuine anger they feel is directed towards a mainstream in politics that doesn’t represent them or their interests. The EU referendum also appears to have inspired a realisation that engagement is essential; ‘If Brexit hadn’t happened, I wouldn’t have been as interested in this general election.’

Another student I spoke to referenced how in 2015 the Conservative Party comfortably won the school’s general election. This year, he revealed, they finished fourth and Brexit was, in his view the catalyst for this dramatic shift. The tolerant, open market and open culture Cameron convincingly propounded has had the carpet pulled from underneath it in Theresa May’s Conservative Party. One Conservative voting student even admitted to me how he ‘loathed’ May and found her campaign during the General Election to be ‘utterly depressing’. This migration of young people from Cameron to Corbyn is matched nationally. In 2015 Labour had a four-point lead over the Conservatives among 18 – 29-year-olds, that gap now stands at over forty points. 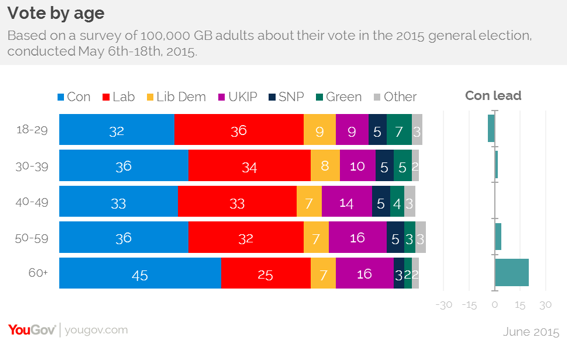 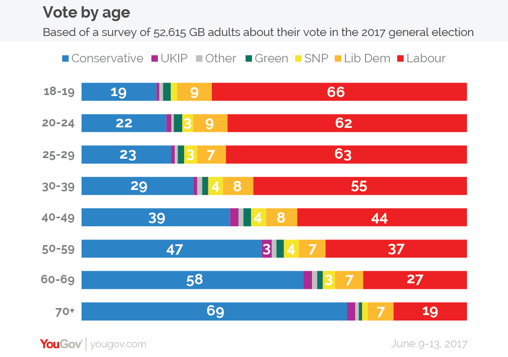 The response from young people has been to pine for open, honest and caring leadership. Corbyn for all his faults (which was also often alluded to) seems to represent the antithesis of May’s closed conservatism. The links between the remain/European cause and the Labour party under Corbyn are far from direct. But they are founded on a common sense among young people, even in Somerset, that firmly holds exclusivity to be not just politically but morally insupportable.

16 and 17-year-olds in Somerset and across the country have a rightful claim to anger at the British political class. A class that excluded them from a vote on a subject where ‘our future that was being voted for’. A class that promised them a light at the end of the tunnel so long as they accepted established economic wisdom. The light at the end of that tunnel turned out to be the headlights of the Brexit bus, that literally and symbolically rejected precisely the very political logic they grew up with.

In reaction, they have turned to a Labour Party that similarly rejects the accepted political norms of the last twenty years. The difference being that this renunciation makes sense post-Brexit as their elders have been proven to find these arguments wholly unconvincing.

The political attitudes and newfound activism of young people from Somerset then, represents the reply of an age group sold a set of political values that upon maturing have turned out to be void. Why would they not, in this situation confound the opinions of those that flogged such bonds?

We use cookies on this site to understand more about our visitors. By clicking any link on this page you are giving your consent for us to set cookies.