Tactical voting: Should you do it?

With the possibility of a Conservative government with a 58-seat majority this new year, talk of tactical voting has been ever-present in the run-up up to this year’s snap election. Tactical voting is a prevalent side-effect of British democracy. Due to the First Past the Post voting system in General Elections, voters often put their party affiliations aside to choose a candidate that is more likely to defeat their least liked candidate. Theoretically, this can also occur in other election formats and in other countries but it is more common in UK elections because many people’s votes are effectively “wasted” (68% of votes wasted in 2017 General Election according to the Electoral Reform Society Therefore, people are more inclined to back candidates whose votes will actually count.

Ultimately, it is everyone’s individual choice on whether to follow this political trend or not, but I would argue that since we live in a democracy and everyone’s votes should matter, you ought to vote tactically if you agree with your candidate on big issues. This election’s big issue is of course, Brexit. Naomi Smith, CEO of Best for Britain recently made the claim in the Guardian that Brexit has created its own political spectrum which people identify themselves on, as opposed to the traditional left and right paradigm. The result of this December’s election will decide once and for all, hopefully, the future of the UK’s role in Europe. If you fundamentally feel that your position on Brexit surpasses your own political affiliations, you should vote tactically. This means, for example, if you are a Conservative but feel passionately that the United Kingdom should remain in the European Union, it may make sense for you to vote for another party which backs Remain.

According to the Best for Britain “Tactical Voting App”, those who live in the Warwick and Leamington Spa constituency and wish to remain in the EU, are recommended to vote Labour even if the party has decided not to back Remain. This is because the Labour Party have pledged to renegotiate the terms of Brexit with the EU then call a new referendum with their “sensible deal or remain” as the two options.

There are other calculators, such as Gina Miller’s. However, the Guardian claims that Best for Britain’s results are more accurate due to their use of a much larger data pool (46,000 as opposed to typical 2,000), up-to-date polls from this year and not based on results from the 2017 election. Gina Miller´s “Remain United” app only back 50 Liberal Democrats across the country, whereas Best for Britain recommends 180 Lib-Dem candidates.

On the other hand, if you support Brexit, voting Conservative might be your best bet in basically any constituency. Voting for a minor party, such as the Brexit Party, would only split the Brexit vote and weaken the chances of a Brexit-backing party gaining office. Of course, Brexit party members have been quick to retort that a vote for the Conservative party is merely a vote for a faux-Brexit.

Another political trend gaining momentum this election is the establishment of agreements between smaller parties (officially the Liberal Democrats, Greens and Plaid Cymru) to not run in certain constituencies, in order to maximise the Pro-Remain vote in Parliament. This is most likely also a side-effect of our First Past the Post electoral system.  The SDLP and Sinn Fein are unofficially making such efforts in Northern Ireland as well. Two weeks ago, the Brexit Party also attempted to establish “Brexit Alliance” with the Conservatives but this was immediately rejected by Boris Johnson. UPDATE: After originally calling a Conservative Brexit “not Brexit”, Nigel Farage has decided his party will not contest Conservative seats won in 2017 and will instead focus on Labour seats. At first glance, this seems like a turn for the worse for Remain supporters but further analysis by Chris Curtis suggests the Labour Party’s chance of success in this election will not be affected by the Brexit Party’s move.  Whether you agree with it or not, the impact of Brexit on our political system has been undeniable in this election.

Survey at university and come see our stand next week.

We will be conducting our own survey on campus to see how many students at Warwick intend on voting tactically this year and how they will choose to do so. Anyone who is interested in collaborating should message us on Facebook or our email: warwickbrexitlab@gmail.com. Also, we will be holding a “Get the Vote Out” stand between the 18/11 – 20/11 on the Piazza informing students on their voting options and promoting student registration. 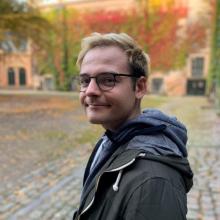